Save our orcas!
For them, a sanctuary, not China!

The Marineland of Antibes plans to transfer Inouk, Wikie, Moana and Keijo to a dolphinarium in China in January 2020.

Marineland has responsibilities towards killer whales that were born captive in their pools.

In China, Inouk, Wikie, Moana and Keijo have no rights and would not be protected by any regulation; exploited for breeding until their death, in the worst pools in the world.

This country with a booming economy has no animal protection law restricting the lure of profit at the benefit of orcas. To reserve such a fate would be monstrous.

In Russia, Vladimir Putin bravely prevented the tycoons from selling to China the killer whales they had captured. All were released to the ocean.

We, the undersigned, support One Voice’s request to the President of the Republic, Emmanuel Macron, to intercede with Marineland and its parent company Parques Reunidos to prevent the dispatch of French orcas to China.

Marineland must organize the transfer of Inouk, Wikie, Moana and Keijo to a sanctuary, project whose park will rise.

Read our article
Letter from Ingrid Visser to Emmanuel Macron

“No transfer of orcas to China is planned in 2020“, “The future of the animals in the park will be conditioned by the decisions that will be taken by the Ministry of Ecological and Solidarity Transition…“. The devil is hiding behind the details. We demand that the minister rewrites the dolphinarium order so that it is identical to the previous one, which prohibited captive breeding and any exchange of cetaceans, as well as the guarantee that orcas born in France will be sent to a sanctuary and not to China!

Translation of the letter from Marineland to Christian Estrosi:

I have been informed about the letter sent to you jointly by Madame Arnal, President of the One Voice association and Madame Lamya Essemlali, President of Sea Shepard France, about the rumour launched by One Voice on social networks claiming that in January 2020 we are “transferring Marine land’s orcas to China”.

I would like to firmly confirm to you that Marineland has already published on its social networks: no transfer of orcas to China is planned in 2020.

The future of the animals in the park will be conditioned by the decisions that will be taken by the Ministry of Ecological and Solidarity Transition, but to date, nothing has been done about it in this area.

I beg you to receive, Mr Mayor and Mr President the expression of my very respectful and kindest regards

Following the letter sent by Marineland to Christian Estrosi, we wrote to Elisabeth Borne. 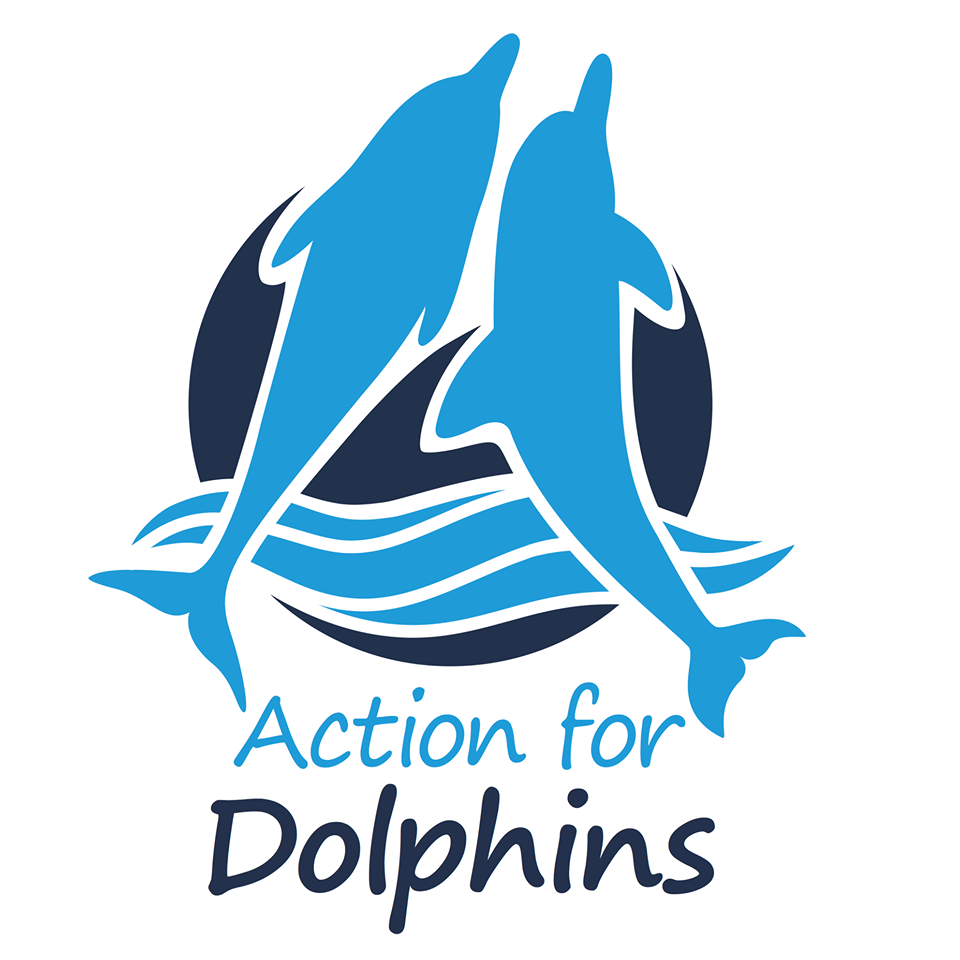 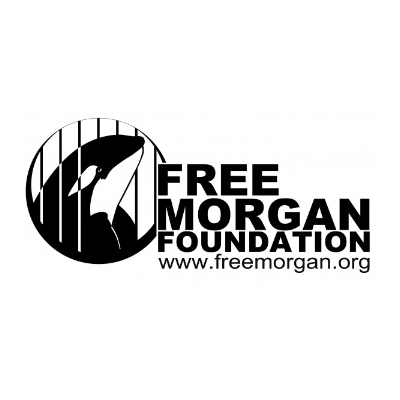 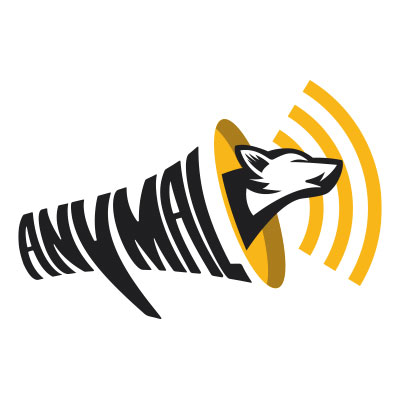 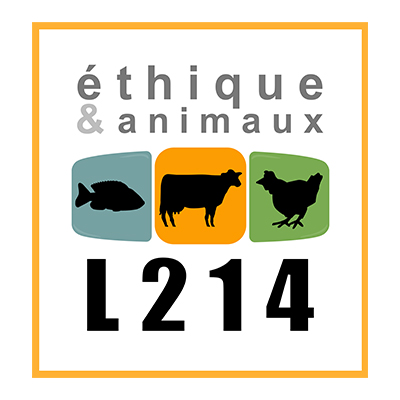 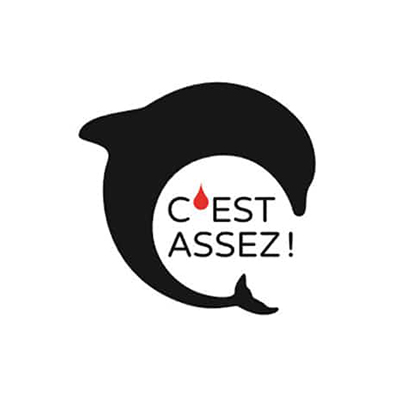 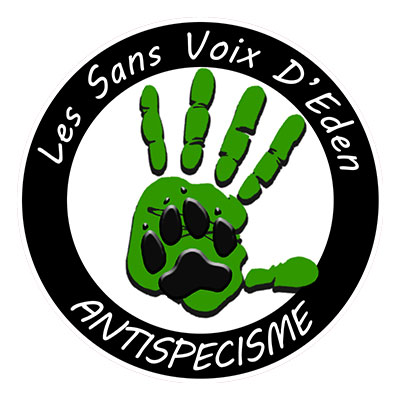 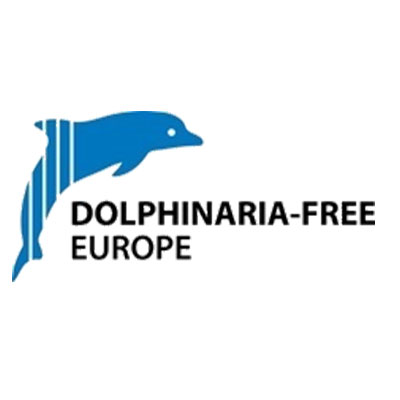 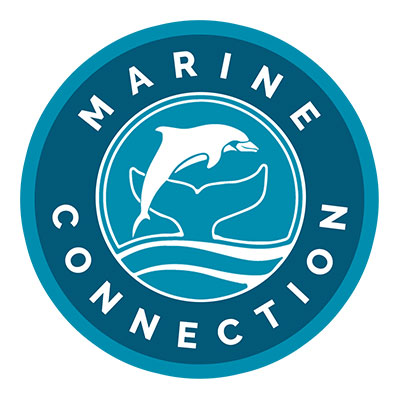 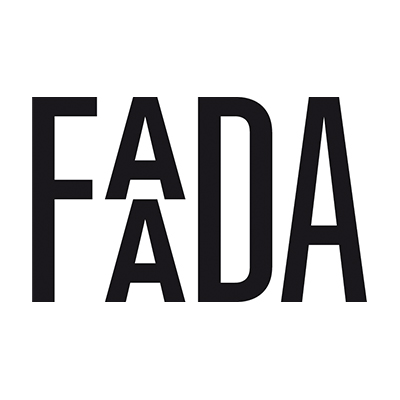 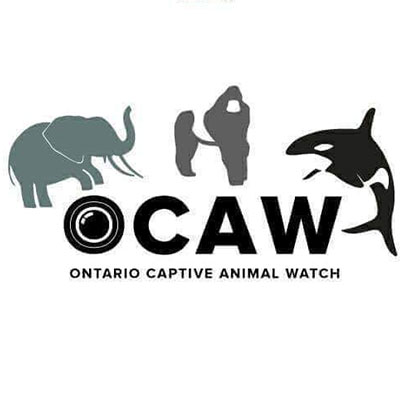 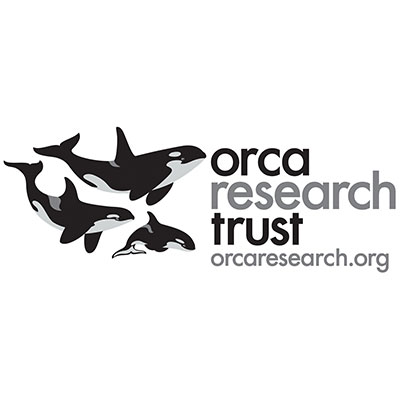 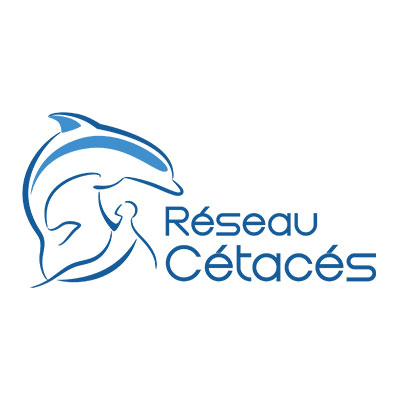 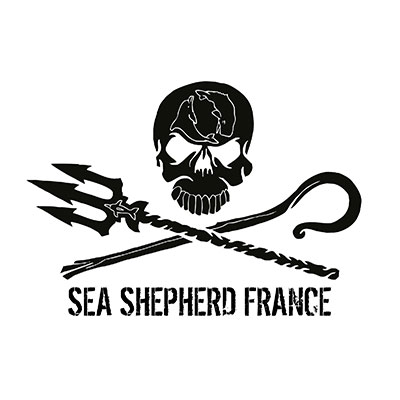 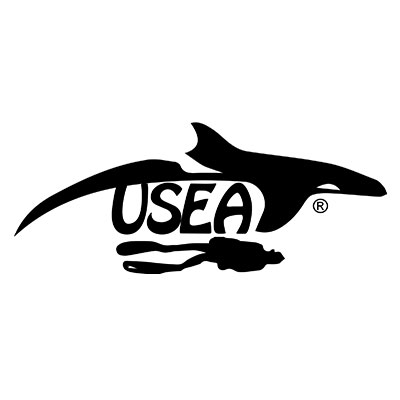 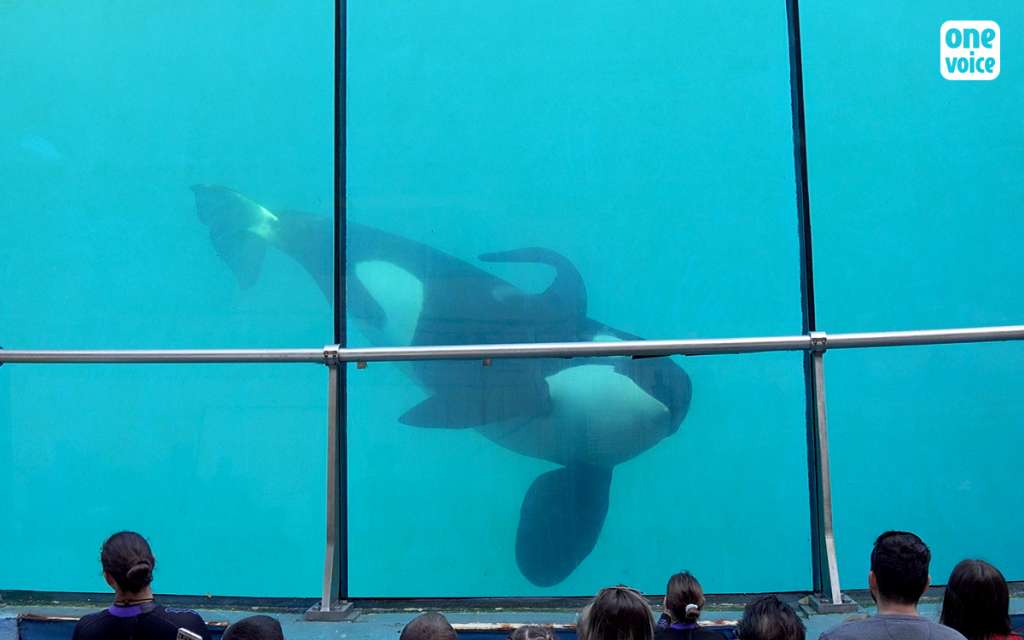 Inouk was only 2 years old when Wikie was born, and yet he was the one who brought his sister to the surface for her first breath. 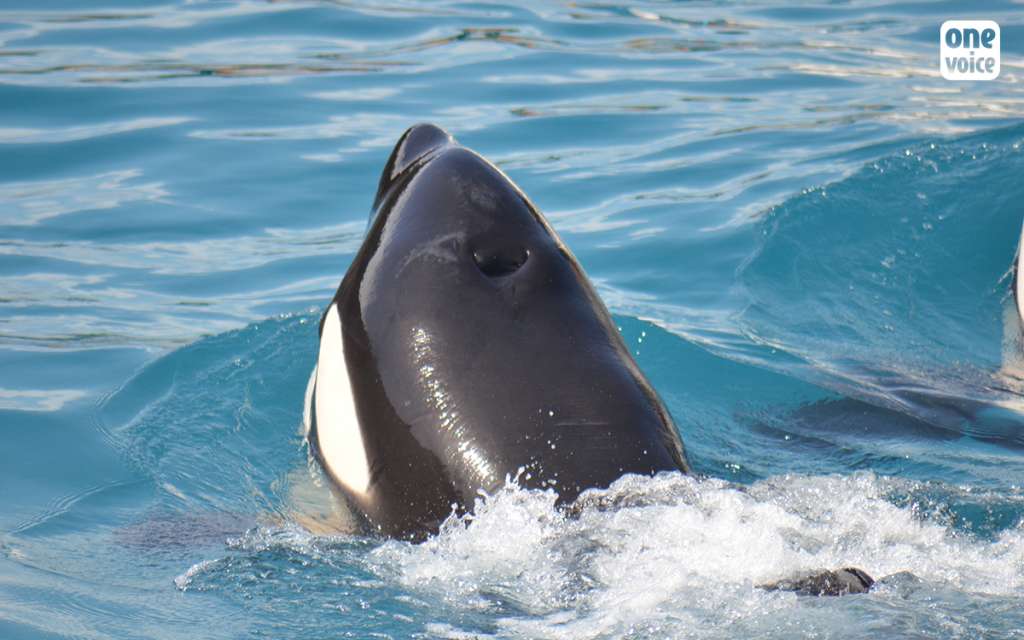 Keijo has just turned 6, born too soon after his brother, he was rejected by his mother, Wikie. A beginning of life without the essential maternal love.

Moana is the first son of Wikie, he was born by artificial insemination. As early as one year old, he was performing tricks while looking at his mother. 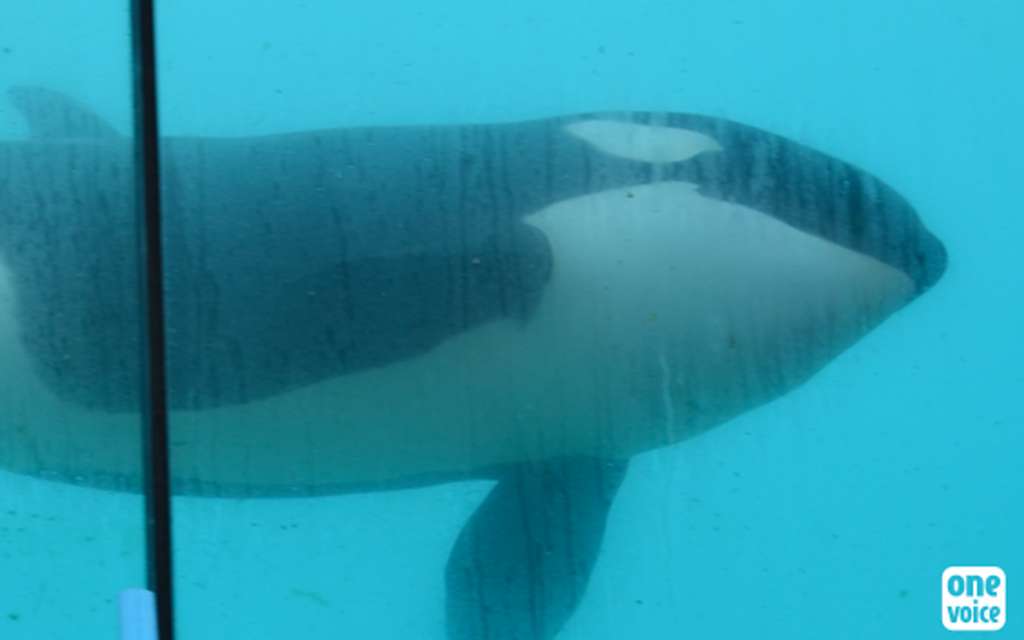 Just born, Wikie was separated from his mother, Sharkane. At the age of eight, inseminated by force, she gave birth to Moana. She is known worldwide as the orca who repeats human words.

22 years of fighting against dolphinariums

Orcas and dolphins lead a miserable life in the concrete pools of the dolphinariums, where none of their basic needs can be met. They die long before they are old, in spite of incessant veterinary care, sick, injured and sometimes made aggressive by boredom, frustration and innumerable privations. One Voice calls for the closure of dolphinariums and the release of captive cetaceans to marine sanctuaries.

Captivity: A sufferance for dolphins and orcas

How can we imagine that cetaceans, born to cross the oceans in complex social groups, can ever flourish in captivity? It is completely impossible to meet their needs, in terms of well-being, of individuals torn from their families, condemned to living in confinement in small pools, forced to participate in shows and subjected to a deleterious environment (treated water, noise, bright sunshine). No independent expert will certify that a captive dolphins needs are satisfied with this.

The welfare of cetaceans including dolphins and killer whales in captivity is a source of concern for scientists. Lori Marino, a neuroscientist and cetacean specialist, says their fundamental nature is incompatible with captivity.

The intelligence of dolphins and orcas is such that their detention in captivity is torture. Their life expectancy is reduced by half! They who have a language, dialects, traditions, are forced to survive in concrete ponds where there is nothing to do and rub shoulders with individuals they cannot flee from in case of misunderstanding – how to forget the drama of the little Aikko and the attacks that led to his death? Or Tilikum, made infamous after he killed his trainer, and at the heart of the film Blackfish, which moved the world?

The suffering of captive cetaceans is not a spectacle to offer to children, but a plague to fight against.